Home » Blog » What Do Billionaires Think Of Bitcoin And The Cryptocurrency Sector?

What Do Billionaires Think Of Bitcoin And The Cryptocurrency Sector? 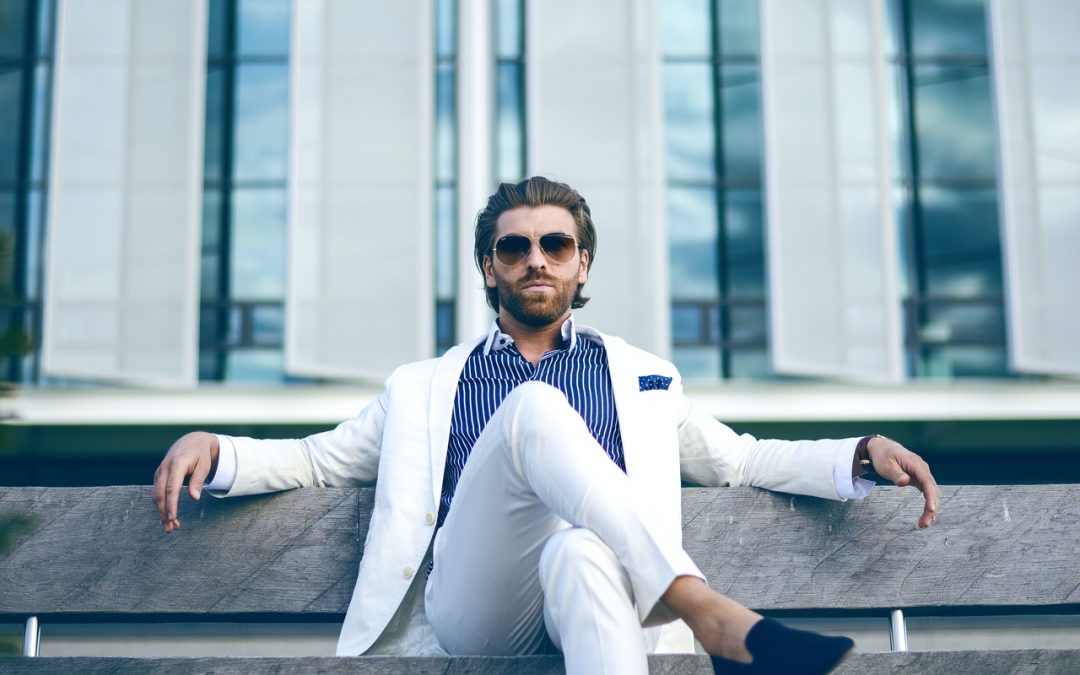 We have come a long way since bitcoin first came on the scene in 2009. We have come even further since the 2017 bitcoin mania.

We are now entering the era of ‘cryptocurrency’ and digital money. Bitcoin is becoming recognised as a digital currency that can be spent and used worldwide in shops and online businesses as well as a potential hedge against inflation. We are also seeing incredible recent strides in infrastructure within the crypto space.

Point of sale technology that allows physical bars, shops, restaurants, as well as people on the go to accept bitcoin are now readily available via smartphone Apps.

There are thousands of bitcoin ATMs worldwide and they are now in nearly all major cities.

Japan, Europe, and the United States are looking very seriously at creating a national digital currency that could be spent and ultimately replace cash. China has already rolled out the digital Yuan currency across China.

El Salvador (2021) has just made bitcoin legal tender in their entire country!

New crypto payment gateways are operational and PayPal has recently integrated cryptocurrency into its payment system.

Over the last few years we have seen great advancements in the entire cryptocurrency and blockchain industry. In the next few years, we will see this sector go mainstream and ‘smart money’ already knows this. Let’s see what they have to say about cryptocurrency.

Quotes About Cryptocurrency From Well-Known Businesses And Billionaire’s

“It [cryptocurrency] bypasses currency controls. … Paper money is going away. And crypto is a far better way to transfer values than a piece of paper, that’s for sure.”
Podcast 2019

“The true battle is between fiat and crypto.”
Twitter

“Give it about a year and a half and retailers will all be on Opennode [a bitcoin payment processor], so everybody will accept bitcoin.” CNBC

Bitcoin “is sort of like Microsoft [in] the software world or Amazon in the e-commerce world.” CNBC

Tim Draper predicts that the value of bitcoin will reach $250,000 per coin.

Bill Gates understands bitcoin and cryptocurrency and although not a huge fan of bitcoin itself he does believe in digital currency.

“Bitcoin is mostly about anonymous transactions, and I don’t think over time that’s a good way to go. I’m a huge believer in digital currency … but doing it on an anonymous basis, I think that leads to some abuses, so I’m not involved in bitcoin.”
– The Essence of Bill Gates Life – Isa Singh (May 2014)

Bill Gates late in 2014 went on to say that he considers bitcoin to be a currency and that in time the technology could be used to create a more centralised, less anonymous cryptocurrency.

We believe he was thinking about a centralised cryptocurrency, maybe a national governmental digital coin, or something similar to Facebooks future digital coin they are working on called Diem.

“Bitcoin is exciting because it shows how cheap it can be. Bitcoin is better than currency in that you don’t have to be physically in the same place and of course, for large transactions currency can get pretty inconvenient. The customers we’re talking about aren’t trying to be anonymous. You know they’re willing to be known so the bitcoin technology is key and you could add to it or you could build a similar technology where there’s enough attribution that people feel comfortable this is nothing to do with terrorism or any type of money laundering.”
– Bloomberg (Oct 2014)

“I don’t own Bitcoin, I’m not shorting it, so I take a neutral view… Moving money into a digital form and getting transaction costs down is something the Gates Foundation does in developing countries.”

CEO and chairman of Fidelity Investments.

“I’m a believer. I’m one of the few standing before you today from a large financial services company that has now given up on digital currencies.”
– Quartz (May 2017)

”Blockchain technology isn’t just a more efficient way to settle securities. It will fundamentally change market structure. And maybe even the architecture of the internet itself”
– CoinDesk 2017

Co-founder and chairman of Linkedin (2015)

“Bitcoin is a remarkable cryptographic achievement, and the ability to create something
that is not duplicable in the digital world has enormous value.”
– NewsBTC (March 2014)

“Bitcoin changes absolutely everything,” the Twitter and Square CEO said at the Bitcoin 2021 Conference. “I don’t think there is anything more important in my lifetime to work on.”
– Business insider (June 2021)

Jack Dorsey has partnered with Jay-Z in February 2021 on a new bitcoin endowment called Trust that focuses on developing the cryptocurrency in India and Africa.

Richard Branson has always been a forward thinker and had a solid understanding of bitcoin many years before most billionaires even knew that it existed.

“Virgin Galactic is a bold entrepreneurial technology. It’s driving a revolution and bitcoin is doing the same when it comes to investing a new currency.”
– CNBC (Nov 2013)

“I have invested in bitcoin because I believe in its potential, the capacity it has to transform global payments is very exciting. It has been obvious to us all for quite sometime that people aren’t satisfied with the business as usual approach adopted by the major payment networks.”
– Virgin (Nov 2014)

“Bitcoin as a currency is working. There may be other currencies like it that maybe even better. But in the meantime, there’s a big industry around Bitcoin. People have made fortunes off Bitcoin; some have lost money. It is volatile, but people make money off of volatility, too.”
– Bloomberg (Sept 2014)

Richard Branson has always been a forward thinker and had a solid understanding of bitcoin many years before most billionaires even knew that it existed.

“Virgin Galactic is a bold entrepreneurial technology. It’s driving a revolution and bitcoin is doing the same when it comes to investing a new currency.”
– CNBC (Nov 2013)

“I have invested in bitcoin because I believe in its potential, the capacity it has to transform global payments is very exciting. It has been obvious to us all for quite sometime that people aren’t satisfied with the business as usual approach adopted by the major payment networks.”
– Virgin (Nov 2014)

“Bitcoin as a currency is working. There may be other currencies like it that maybe even better. But in the meantime, there’s a big industry around Bitcoin. People have made fortunes off Bitcoin; some have lost money. It is volatile, but people make money off of volatility, too.”
– Bloomberg (Sept 2014)

CEO and co-founder of Yahoo.

“Blockchain is a natural technology for banks and trading.”
– Yahoo 2019

We believe Peter Thiel is probably one of the most important advocates of cryptocurrency. Paypal was a breakthrough as an online payment system and they understand the struggle of going against the grain of old archaic institutions.

“Paypal had these goals of creating a new currency. We failed at that, and we just created a new payment system. I think bitcoin has succeeded on the level of a new currency, but the payment system is somewhat lacking. It’s very hard to use, and that’s the big challenge on the bitcoin side.”
(Source: ccn.com )

“I do think bitcoin is the first (encrypted money) that has to do something like change the world.”
– The App Store Chronicle (Nov 2013)

“Bitcoin critics are underestimating it … it’s like a reserve form of money, it’s like gold and it’s just a store of value. You don’t need to use it to make payments.”
– CNBC (Oct 2017)

“I would be long bitcoin and neutral to skeptical of just about everything else this point with a few possible exceptions.” There will be one online equivalent to gold and the one you’d bet on would be the biggest. I am not talking about a new payment system. It’s like bars of gold in a vault that never move, and it’s a sort of hedge of sorts against the world to fall apart.”
– CNBC (March 2018)

“Bitcoin solved the double-spend problem. The key problem was payment confirmation without central clearing. Bitcoin’s solution was ingenious but wasteful – it’s fairly slow, and you can’t put other things on it. It’s premised on forcing the world to adopt bitcoin, which is like making everyone switch to Esperanto.”
– Business Insider (March 2014)

“The beauty of the Ripple system is that it lives inside the internet. To shut it down you have to shut down the internet itself. That’s why it’s so transformational.”
– (ripple.com)

“Ripple is what happens when money finally meets the internet. Twenty years late, but better late than never.”
– (ripple.com)

“We think the math-based currency movement could be the biggest game-changer in finance since the internet was created.”
– (RT)

“The way we send money today is as out-of-date as sending telegrams instead of email.”
– (ripple.com)

“Trust is a human condition. You can apply that condition to a chunk of gold, a piece of paper, and also a distributed system. Bitcoin proved that yes, you can trust this. It’s an evolution of how we think.”
– (ripple.com)

“Bitcoin has probably been the most attacked payment network in the world, and it’s held up extremely well. I think it’s because of the distributed nature.”
– (CNBC)

CEO and co-founder of Coinbase.

Coinbase is one of the largest cryptocurrency exchanges and so obviously Brian is a fan of crypto. Two of his ex top staff now work with the U.S. department of treasury. We believe that the US are seriously looking at creating a digital dollar in the future.

“I think it’s going to end up a lot like the internet. Some countries try to regulate the internet, bitcoin will be very much like that. It will be legal and there will be some countries with currency control.”
– Techcrunch (Oct 2014)

Coinbase exchange has now listed on the Nasdaq and is valued at over $50 billion.

CEO and founder of Binance a huge cryptocurrency exchange.

“On the first day I learned of bitcoin, I thought, “Wow, this is going to be very good internationally”, because I have personally experienced a lot of trouble transferring money from one country to another. For example, if I moved to Hong Kong, I would be wanting to transfer money from Canada to Hong Kong – it is a pain. I understand the impact of that. China, Canada, the US, Hong Kong, Japan, I’ve lived in all of these places and that experience helps a lot.”
– Cointelegraph (Jan 2018)

“For any internet (non-physical) based business, I don’t understand why anyone would not accept crypto for payments. It is easier, faster and cheaper to integration than traditional payment gateways. Less paperwork. And reaches more diverse demographic and geography.”
– (Feb 2019)

We hope you enjoyed reading this article and ask that you share this with your friends. Thank you.